Trend: Drones Give Golf Courses An Eye In The Sky

Most every weekday, just before noon, Kevin Hauschel carries his drone to its designated launch site, attaches its propellers and sends an all-systems-go text to a pilot more than 2,500 miles away. Promptly, the drone launches and begins its GPS-programmed, 20-minute flight across Meadow Club’s 18-hole golf course in Fairfax, Calif. It’s a routine that might, for some, get tedious. But Hauschel, golf course superintendent at the San Francisco-area club, watches in wonder. Every time his drone takes wing, he sees something most other superintendents cannot: the future.

On the rare occasions when drones are operating at U.S. golf properties, they’re usually making the flyovers we watch on YouTube. After storms, drones might be dispatched to search for downed trees, broken fences and other damage, or to identify holes that may not be playable. Superintendents sometimes use them to document the progress of a renovation project. The Secret Service has considered using them to provide “spy-in-the-sky” security for the president when he’s golfing.

What Hauschel is doing, however, is completely different. His drone is outfitted not only with a camera but also with sensors and other sophisticated equipment that can measure the amount of moisture in Meadow Club’s soil and diagnose the health of its grasses and plants. When the drone completes its mission, it flies back to its launch site and automatically uploads the data it has collected to GreenSight Agronomics, a Boston-based company that operates what it describes as a “next-generation agricultural intelligence platform.”

Within hours, GreenSight digests Meadow Club’s data and posts an analysis, which Hauschel can access via a computer or smartphone. The analysis is part of an undertaking that Hauschel calls “still mostly experimental” but capable of radically changing the way golf courses are maintained. It enables him to make informed decisions about where and when to water and fertilize, and it spots diseases before they become visible from the ground.

“I learn something new about our golf course every day,” Hauschel said. “It’s darned near bulletproof technology. It allows me to stay ahead of problems.”

It also helps Meadow Club save money. Hauschel began working with GreenSight in the spring of last year, and within months he was able to move a member of his irrigation team to a different job. While he thinks it will take two or three seasons to fully determine the cost savings, he knows the club is getting a return on its investment.

“We know we’ve saved on water,” he said. “Last year we had the hottest summer on record, and we had our best irrigation efficiency ever.”

Although drone technology has been used by farms and vineyards for years, it’s only slowly being adopted by golf courses. Thomas Bastis, one of the PGA Tour’s competition agronomists, estimates that fewer than 100 U.S. golf properties are deploying drones to monitor their turf conditions.

“This is emerging technology,” said Bastis, a former superintendent of California Golf Club in San Francisco. “People are just starting to find a comfort level with it.”

Bastis said he thinks most superintendents still view drones the way people once viewed the first airplanes, the first automobiles, and the first computers. They see them as curiosities that aren’t particularly relevant to their livelihoods. But that’s not how he and Hauschel and other early adopters view them. They’re tapping drones for all they’re worth, and they believe that the rest of America’s superintendents will eventually follow.

“If you aren’t flying,” Hauschel said, “you’re falling behind.”

While Meadow Club’s drone flights are controlled by GreenSight, Hauschel keeps his eyes on the drone whenever it’s in the air. He’s obliged to because the Federal Aviation Administration (FAA) prohibits commercial drones from flying without ground-level supervision by a licensed pilot.

When it comes to adding a drone to a course-maintenance program, FAA certification is just one hurdle to clear. The other major one is the expense. A drone like Meadow Club’s costs thousands of dollars, and the required insurance brings an additional cost.

Those obstacles may lead superintendents to partner with providers such as Drone Elevations, MapGage, NexDrone, Summit Drones and Texas Drone Co. Hauschel considered such options, but he chose GreenSight because it offered a complete turnkey package, including the drone, the cameras and sensors, the analytics platform, the cloud-based data storage, FAA compliance, and the insurance. GreenSight, which has 64 U.S. customers and 11 in Canada, typically leases its equipment and services for $825 a month.

But most of all, Hauschel said, he chose GreenSight because it offered daily flights, which are crucial to reducing Meadow Club’s annual $300,000 water bill. The data he receives is always up to date, so he can target areas in need instead of irrigating indiscriminately.

“In California, water is gold,” he said. “This technology has the potential to change how we think about irrigation.”

Water savings may be the most significant benefit that drone technology offers to golf courses. Last year, The Toro Co. Became a minority investor in GreenSight, and Bastis said engineers from all the major irrigation companies are testing ways to integrate their systems with imaging data collected by drones.It’s possible that in the future, Toro and GreenSight may integrate their technologies so seamlessly that Toro’s irrigation systems would operate autonomously. Superintendents would be free to tend to other matters.

Something similar might eventually happen in regard to the application of fungicides and pesticides. Today, grounds crews often spread chemicals across entire fairways. But if a drone can identify a problem area and communicate its exact location (perhaps to a self- driving, GPS-connected sprayer), the use of chemicals could be greatly reduced.

“We’re revolutionizing how maintenance can be done and turfgrass can be managed,” said Jason VanBuskirk, GreenSight’s vice president of sales and marketing. “Superintendents who understand the data that’s being delivered can do more than they ever imagined.”

One of these days, Meadow Club’s drone might be able to tap the full range of its capabilities.

GreenSight’s drones can fly autonomously. They can be housed in canopies that double as charging stations, and they can be programmed to make flights automatically, weather permitting, at whatever time a superintendent wants them to. Instead of watching his drone make its appointed rounds, Hauschel could be doing something else.

But the FAA won’t let him, because it isn’t convinced that remote-controlled drones will work as advertised. GreenSight has petitioned for a waiver on the regulations that prohibit autonomous flights, and VanBuskirk hopes to get it sometime this year. The thing is, he’s already been waiting for months.

Even without the waiver, though, GreenSight expects to have 2,000 customers within the next five to 10 years.

“It’s a process,” said VanBuskirk, a former superintendent. “I’m happy that younger generations of superintendents are coming into the business because younger people accept the technology right away. They have an affinity for it.”

Given the golf industry’s resistance to change, it’s no surprise that more superintendents haven’t embraced drone technology. But in the 21st century, time waits for no one. Consider how quickly email supplanted snail mail, and how digital maps have made paper maps nearly obsolete. When digital tools enable people to do their jobs more effectively, they’re adopted quickly.

“The golf courses that are using this technology are in the innovator stage,” Hauschel said. “We’re just learning how to use it. We still have to prove that the technology works, and that’s the hardest part.”

The handwriting is on the wall, however. In an era when lowering the cost of course maintenance could spell the difference between black ink and red ink on a balance sheet, operators are looking to drone technology. And a generation from now, superintendents may be wondering how they ever got along without it. 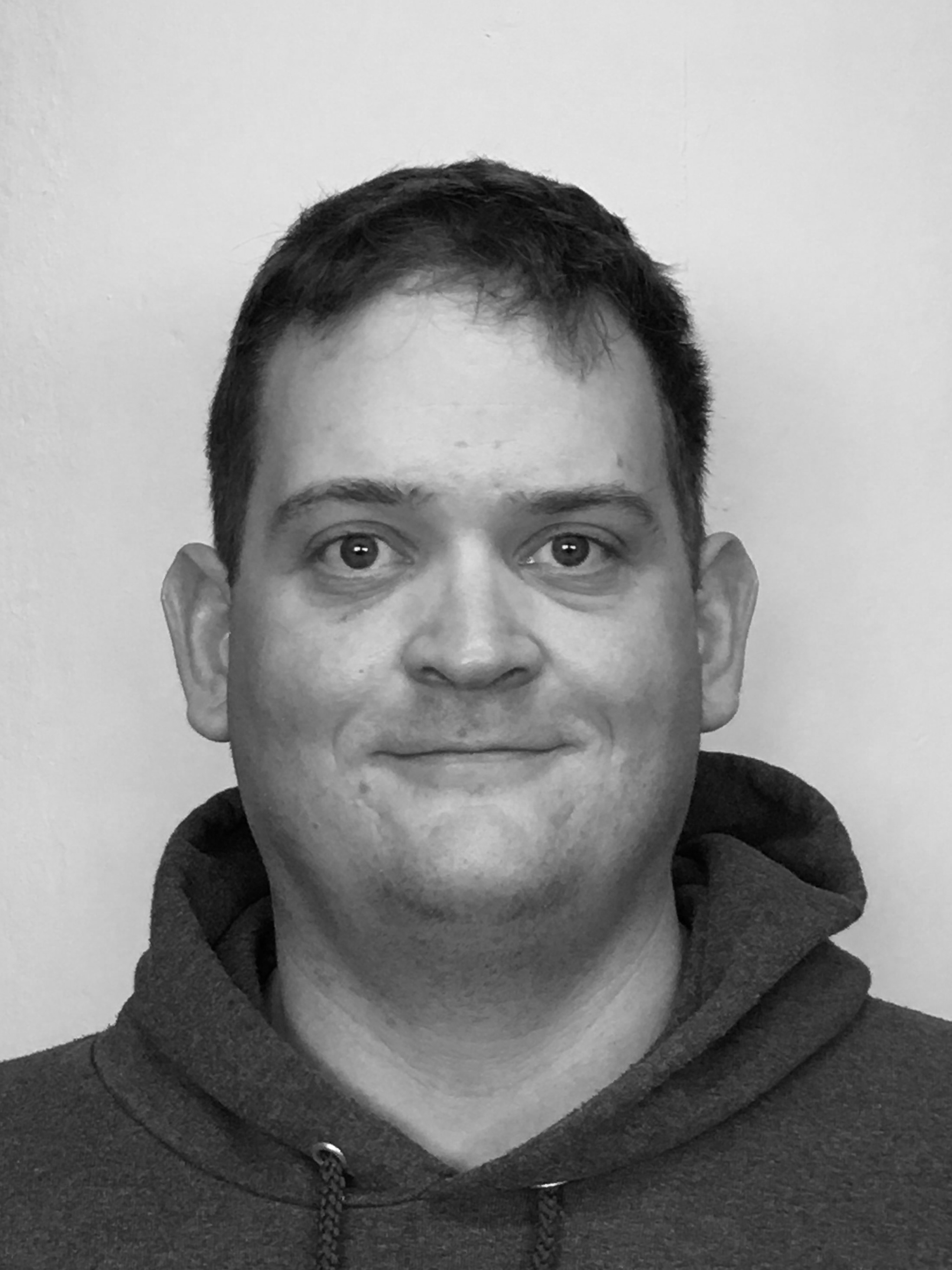