Why the Monarch Tractor is important for the future of food.

Tractors are following a similar but faster trajectory than electric cars that started at the very beginning of the automotive industry.

Today Monarch Tractor officially launched their first product into the world after many years of development and field testing with customers. An exciting landmark for Ag-Tech on the road to electrification and automation. Monarch didn’t build the first electric tractor, but we think they may have built the first practical electric tractor that people want.

Tractors are following a similar but faster trajectory than electric cars that started at the very beginning of the automotive industry in the late 1800’s when people didn’t know if electric, steam, gasoline or diesel would become the standard. Gasoline won the first battle but not the war. Viable electric cars resurfaced in the 1980 and 90s but stayed niche with products like the GM EV1, the Mitsubishi MiEv, and the Nissan Leaf. These were cars with some practical utility, but interest was generally limited to electric car enthusiasts or for short commute second cars. Tesla launched the Roadster in 2008 and the Model S in 2012. The Model S was the first electric car since the 1890s that normal people really wanted. It wasn’t a great electric car, it was simply a great car. A superior product than gasoline competitors, designed from the ground up to take advantage of all the technical and convenience benefits of electrification.

Monarch’s introduction of their tractor is the “Tesla Moment” for electric farming. This isn’t a product concept, or a niche product for electric enthusiasts, it is a practical, economical product that was designed to take advantage of all the benefits of modern electric technology. It is clean, inexpensive to power, and can run all day without idling. It has advanced but simple to use autonomy features that allow it to do simple farm operations without a driver. The massive battery allows it to power and charge other equipment, and it is designed to gather data from it’s own onboard cameras and systems that can feed into future precision agriculture systems. It isn’t the first electric tractor, but it is the first electric tractor that farmers will really want to own!

One the great advantages of autonomy in farming is that it shifts the focus away from building the biggest equipment, and back to what size of equipment makes the most sense economically and technically. Tractor-tech has been focused for a century on “how much productivity can get out of one tractor operator”. With an autonomous, distributed system, you are better off with a fleet of smaller tractors controlled by a remote operator. They are cheaper, more reliable, safer and better for the soil. A 2016 Goldman Sach’s report on the future of farming found that reduction in soil compaction from future distributed farming equipment can drive a 12% increase in overall global production. That is $30B annual in value, solely from the reduction in soil compaction from the smaller tractors. Not to mention the energy savings, labor efficiencies, data driven precision management etc. That is HUGE! This change in equipment strategy is one of the key pieces of agriculture technology they felt will bridge us to 2050, where about 50% more production efficiency will be needed to feed our population.

Reconstructed 3D point cloud of vineyard, generated from GreenSight’s image processing pipeline from a mix of drone and ground imagery.

GreenSight is thrilled about this innovation for a number of reasons. We’re a company focused on applying data and artificial intelligence to agriculture (among other industries). We work with golf courses, vineyards, arborists and other types of farms building new analytics to scout crops for disease, project yield and optimize management practices. We develop drones for data gathering, but we’re building systems that can ingest data from ground based platforms like the Monarch Tractor. We also build electric aircraft that need power to charge, something that can happen from electric tractors and cars. Progress towards a precision, data based approach to farming benefit the entire AgTech ecosystem and the world as a whole.

The world needs precision agriculture. It is coming but it will take an ecosystem to make it a reality. The Monarch Tractor launch is an important step in the right direction! 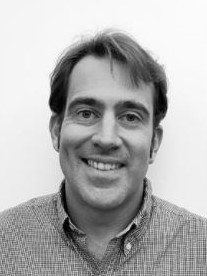